Who gets custody of the dog ? Pet disputes upon separation – A call for new legal test 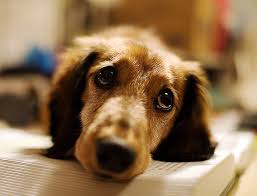 A survey earlier this year revealed that a fifth of separating couples found deciding who gets the dog ‘as stressful’ as where the children should live.

Where there are family pets, close emotional bonds are formed and they are seen as equal members of the family. These bonds mean that parties don’t want to say goodbye and argue passionately about who should retain possession. Often parties fight more passionately about the family pet than contents of the family home. More and more warring couples are ending up in courts fighting over access rights to the family pet and even demanding pet maintenance. Despite this, under English law family pets are typically treated as property and the courts therefore apply property law in deciding such issues.

A different approach is taken in other countries such as the United States and Israel where a legal test based on the best interests of the animal is used alongside property law when estranged couples argue over their beloved pets. Does English law call for a greater focus on the best interests of the animals which are caught up in pet custody disputes? Academics suggest the development of a new legal test in which “best interests” are prioritised over property consideration.

Statistics show that more and more pet owners are considering signing prenuptial agreements, a potentially legally-binding document outlining what would happen to the family pet if they were to split up, in order to avoid custodial battles as family pets often outlive the average marriage or relationship.

If you need advice or assistance in respect of the division of the family assets upon separation or are considering a prenuptial agreement, please contact one of our experienced and specialist finance lawyers at The Family Law Company.