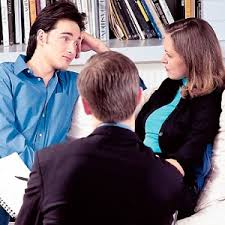 Recent figures released by the Office for National Statistics have revealed why family law solicitors in Plymouth have experienced a busy start to 2014.

The figures, which were compiled by the Office for National Statistics (ONS) over the last few years, show how significantly more couples sought legal separations and divorces in 2013 than in 2012 – with a half a per cent rise in the number of divorces recorded in England and Wales.

The figures also show how around two thirds of all marriages end in divorce and how there were approximately 13 divorces granted every hour in England and Wales in 2013. They ass revealed how almost half of those divorces occurred in the first ten years of marriage.

The ONS report went on to blame the recession for the increase.

It claims the added stresses and strains of living in recession take their toll on relationships and often lead to divorce, albeit sometimes with a delayed reaction.

Many experts believe the financial pressure experienced by most people in the UK during the recession has increased the risk of divorce and those experts believe we’re now seeing the result of that, as an improving economic picture gives people the confidence to leave the safety of their existing relationships and the confidence to strike out alone.