Many will be asking us, do Grandparents have rights in relation to Iain McMath the managing director of Sodexo benefits and rewards services latest comments. McMath’s recently stated that employees would miss out on information and support provided by HR managers if the Government were to order tax-breaks or cash-back schemes straight to parents as opposed to through their employers. 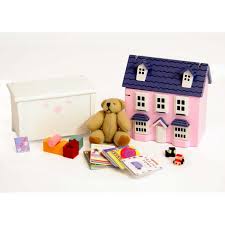 Mr McMath’s remarks came in reply to a report published by the think tank, Institute for Public Policy Research (IPPR), which called for the Government to introduce free childcare to be made universally available for free as opposed to cash benefits or tax free vouchers.

IPPR went on to say that improving mothers’ access to childcare would pay dividends for families’ and the Government’s finances by increasing tax revenues as well as employee earnings.

The Government is reviewing responses to a consultation on its tax-free childcare scheme at present, which it plans to phase-in from autumn 2015. But just where would this leave the Grandparents in this situation if they are still in employment themselves?

“Universal childcare is the solution that will make Britain better off and help families deal with the squeeze on incomes and rising care needs as a result of the aging population that means both parents and grandparents are increasingly called upon to provide care rather than remain in employment,” Ben-Galim said.