“It’s a real pleasure working with Galina. Her experience in criminal law gives a welcome additional perspective to the Care team.”

Galina joined the firm in February 2022 after a long career as a criminal defence solicitor and now works as a solicitor in our Exeter Care Team.

She began working in law after qualifying from Wolverhampton and then the College of Law, London, achieving a coveted Distinction. Early in her career she volunteered for Just TV working on their Channel 4 series, Trial and Error which made docudrama films investigating miscarriages of justice.

After a stint at a multi-disciplinary London solicitors, Galina joined a crime firm in East London, where she was duty solicitor on six London schemes, carrying out lots of advocacy and specialising in cases involving young people and vulnerable clients.

Having worked in the legal sector for over 25yrs, she now represents parents who are facing social services involvement and care proceedings and helps guide parents through one of the most difficult periods of their lives.

Galina prides herself on her firm but empathetic approach and is dedicated to supporting her clients as well as being committed to championing parents to make sure their voices are heard. 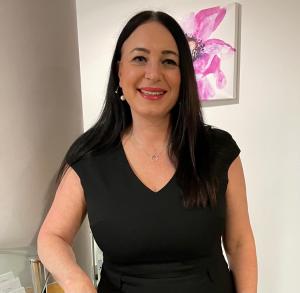 To contact one of our Exeter offices, please use the telephone numbers below: