In all, 8 teams participated in the event, representing a number of local businesses including Thomas Westcott accountants, Colleton Chambers and Old Mill accountants. At the end of the day, after an incredibly closely contested tournament, the final consisted of two of the teams from Hartnell Chanot & Partners.

The tension was palpable as one-by-one the bowlers stepped up before the pins. As they entered the final frame things seemed to get a little too competitive as the teams started to engage in moments of underhanded tactics. Despite all the distractions the winning team, pictured below, managed to close the game out with one player spare. 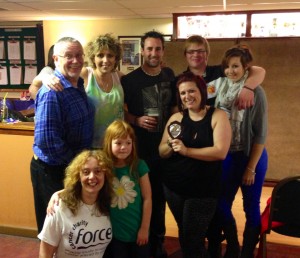 This wonderful event and raised an impressive total of £663 for Force- not bad for one night of fun and games.

We would also like to say a huge thank you to everyone who took part in the event and an extra big thank you to our charity committee for organising such a great event. 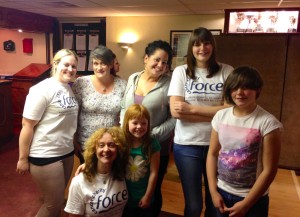