There has been a call for the rules surrounding surrogacy to be clarified and tightened up, after a woman who had acted as a surrogate mother for a gay couple refused to give them the baby. 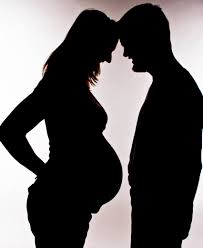 A judge ruled in favour of the couple, after it was found that the mother had agreed to be a surrogate before conception. The judge also decided that is was in the best interest of the child to grow up with the father, and his partner.

In this case, the woman told the court she had entered into an artificial conception agreement with the man, which would see her acting as the main parent and carer to the child. This was disputed  by the child’s genetic father, who told the courts the agreement was that he and his partner would parent the child, with the woman playing an unspecified role in the child’s life.

Following a number of hearings, the judge agreed with the couple, stating that because the pregnancy was contrived with the aim of the same-sex couple having the child to form a family, it appeared that all parties knew this at the time of the agreement and when conception took place.

Currently, under UK law, any form of commercial surrogacy is banned, with the woman who gives birth to the child being the legal mother and, if she is married, her husband usually becomes the legal father. This is still the case even if donor eggs and sperm are used.

In order for legal parenthood to be gained of a child born to a surrogate, the proposing couple must apply to the courts for a parental order within six months of the birth. However, in order for this to be granted, a series of criteria must be fulfilled. Arguably, the most important piece of criteria is that the woman who gave birth to the child gives her consent.

Even after all of this, the court still retains the decision of whether or not they grant the order, based on whether it is in the child’s interest or not. In cases of dispute between the surrogate and the proposing couple, the court has to decide where the child will live, and how parental responsibility will be allocated. Any agreement made between them is not enforceable by law, but can be used as evidence by the judge.

Currently, it is a confusing process, and guarantees cannot be made. This is why there has been a call for a clearer structure surrounding surrogacy and entering a potential arrangement.

If you have any questions, please do not hesitate to contact our family solicitors Exeter and Plymouth.