Grandparents’ rights are an important issue that is making the national headlines at present. The latest news comes from Essex where a court battle emerged involving a two year-old girl and her grandparents. 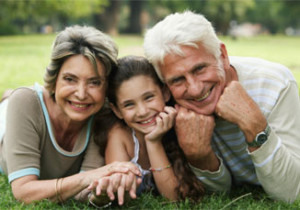 Lee and Katrina Parker, grandparents to India, came within 48 hours of losing their grand-daughter forever after social workers put her up for adoption following her mother’s struggle with a mental illness.

In an extraordinary ruling, in which they were denied guardianship of the then three-month-old, they were also excluded from all future proceedings while the adoption went ahead.

Fortunately they were granted a last-minute reprieve after they discovered that they had a 14-day window to appeal. The Parkers, who live in Colchester, eventually gained full custody of India, now two, the daughter of their eldest child.

The couple’s story has emerged in the same month Lord Justice Munby, President of the Family Division of the High Court, declared that future judgments in the family courts and the Court of Protection have to be made public, only making exception when there is a definitive reason not to.

For more information on Grandparents’ rights go to: https://www.thefamilylawco.co.uk/grandparents/what-are-grandparents-rights/