Sir James Munby: Children separated from families should be told why 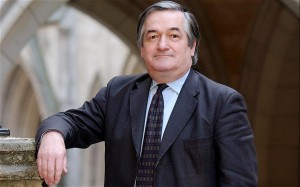 The most senior family judge in Britain has spoken out on family separation and insisted children who are taken away from their parents should be told why that decision has been taken.

Sir James Munby, the President of the Family Division, has revealed how he strongly believes children who are separated from their families should be able to access records of Family Court rulings when they reach adulthood.

Speaking in court this week Sir James said he found it “greatly concerning” how Family Court judgments are not routinely transcribed and published.

As Exeter solicitors, this resonates with the experience of our solicitors who encounter each day cases where individuals want to understand why certain events of court judgments have been made, but who are not able to take it all in when the judge delivers his judgement in person.

A written record, with due regard to protect the privacy of vulnerable individuals, has to be of assistance when helping people understand what has happened and why.

Sir James said there was a “pressing need” for a “definitive record” of court orders which all concerned parties can refer to at a later date, particularly if there is a future dispute over the outcome of a case.

“Five years, 15 years, 25 years, or fifty years into the future, a child subject to adoption proceedings should be able to see what a judge has said about them and their family,” said Sir James.

He added how his views form part of his drive for transparency in the arena of family law.

At the start of the year Sir James issued guidance to the family courts and the Court of Protection which made clear how more judgments should be published as part of a move to improve understanding of the law.

The guidance means judges who wish to keep cases secret must now find compelling reasons to do so. The move has meant local authorities and expert witnesses involved in care cases are generally named — while the anonymity of children and vulnerable adults will be protected.

Sir James will also soon tell courts to increase the range of court documents available to journalists, extend the number of judgements that will be compulsorily published and apply transparency to circuit judges.