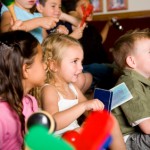 Statistics released by the Home Office this month (April 2012) have revealed that more than 200 children have been protected from potential harm over the last year, following the introduction of ‘Sarah’s Law’ in April 2011.

Sarah’s Law enables worried parents to find out whether any person who is in contact with their children, for example a new partner, neighbour or sports coach, has any convictions for sexual offences against children, or in the opinion of the police, whether that person poses a risk of causing harm. This information can then be disclosed to the parent, carer or guardian.

The latest set of statistics show that the police have received more than 1,600 enquiries and 900 formal applications for information since the law was brought in last April. Following investigations more than 160 disclosures relating to child sex offences were made along with 58 other crimes. This has meant that around 200 children have been protected from potential harm.

The ‘Sarah’s Law’ scheme rolled out across England and Wales was named after Sarah Payne who was murdered at age eight by paedophile Roy Whiting. Since that time her mother, Sara Payne, has campaigned tirelessly on child protection issues and has been the driving force behind this welcome legislation.

Whilst it seems that the Government is now doing everything it can to tighten the law and close loopholes in order that the public, particularly children, are afforded the greatest protection possible from predatory sex offenders, the Home Secretary Theresa May has commented that families themselves also have a vital role to play. She states: “It is important that parents, guardians and carers are aware of the disclosure scheme and their right to request information if they have concerns.”

Julia Clayton, Director at Hartnell Chanot and Children law specialist adds: “With more than 60 children being abused every day, ‘Sarah’s Law’ has proved an essential step in ensuring that children are offered the protection they need. Anyone who has concerns regarding any person, who has contact with their children, is encouraged to make enquiries with their local police force.”