Cohabitation and how to approach it 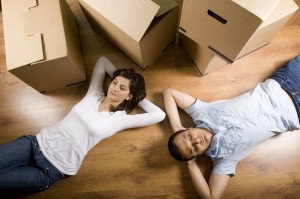 Cohabiting couple families are the fastest growing family type in the UK according to the Office for National Statistics (ONS).

There remains a prevalent belief amongst the UK population that unmarried couples living together, after a certain period become ‘common law spouses’ enjoying the same legal rights as married couples. However, legally this is not the case.

Legislation in this area of the law has not moved with the times. Couples who live together have fewer legal rights than their married counterparts in the event of relationship breakdown, unless they are able to demonstrate some intention to share assets owned by their former partner to which they contributed in the belief that they would acquire a share. For cohabitees, the law remains an antiquated mix of decided cases and statute. Outcomes are uncertain. Claims are ‘front loaded’ in terms of the investigative work required. More difficult cases can be very expensive, particularly when compared to the smooth case management and statutory guidance for those experiencing divorce.

These are the issues confronting unmarried long term cohabitees. Many people avoid the issue. There is a tendency to carry on while things are fine on the assumption that one’s partner will ‘do the right thing’ if there is a separation.

It is often the case that one party to an unmarried relationship has taken advice and is knowledgeable about their legal rights (and those of their partner), while the other doesn’t know or believes (mistakenly) that they have more legal rights than they do. We frequently encounter clients who recall wondering why their partner insisted of dealing with assets and income in a particular way. With the benefit of advice and hindsight, it becomes apparent that the reasons were legal and have the effect of minimising claims on separation. The result of this inequality of knowledge and expectation at the end of a long relationship can be very unfortunate. It also frequently leads to recriminations, dispute and legal cost, all of which is avoidable.

Find out your legal position (by having a confidential free initial chat with your Exeter or Plymouth solicitor) early in a relationship. Then make sure that your partner shares or at least understands your views about the financial implications of living together in an unmarried relationship.

For the greatest degree of certainty about what will happen financially in the event of a split, couples can protect themselves and their assets in the event of a split by signing a cohabitation agreement or property ownership document with advice from legal specialists. This can be as simple as defining shares in property. It can also deal with other issues such as contributions to outgoings, provision for children or in the event of death.