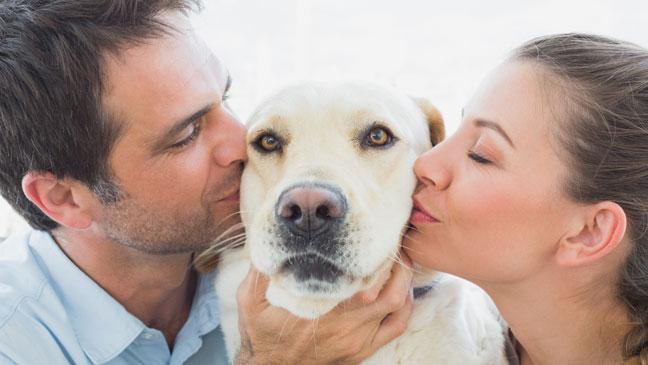 The Law Society has decided to shine a light on a lesser considered aspect of family law – the fact that one-in-four divorces involves a dispute over pets.

The Society has today issued a press release in an attempt to remind couples how a quarter of all divorces involve a dispute over pets and that those planning on marrying should consider signing a so called ‘pet-nup’.

A ‘pet-nup’ is similar to a pre-nuptial agreement in so far as it sets out what course of action should be taken in the event of a separation, however, it differs in that it deals with who should take custody of a pet rather than who should retain certain assets.

The aim of the ‘pet-nup’ is to ensure peace of mind for pet owners as well as ensuring the welfare needs of the pet are met.

The release has been put out following research by leading pet charity Blue Cross, which unearthed the one in four figure. The research also revealed how dogs and cats are the most fought over pets followed by horses, rabbits and guinea pigs.

The president of the Law Society Andrew Caplen said: “Solicitors are often the first people anyone will try to see when considering a divorce so are used to hearing disputes centred around what will happen to family pets. We see the problems caused when relationships break down acrimoniously and know it can be costly, stressful and emotionally draining for both parties.

“Pre-nuptial agreements can remove some of that stress and likewise a ‘pet-nup’ can do the same when it comes to coupes who are worried about their animals. Many people see their pets as part of their family so it makes sense to think about their welfare from an early stage.”

She said: “We do see some upsetting situations where pets are brought to us during a separation. We see how devastated owners can be at being forced to rehome their pets and how the trauma can affect the animals.

“Since pets aren’t just assets and have needs to be met it is a good idea to agree on your pet’s future in advance to make a difficult situation easier.”

If you need advice about divorce, separation or the signing of any pre-marital contracts our solicitors in Exeter and Plymouth can help, so please call us or email using the details at the top of this page.