The effects of domestic abuse 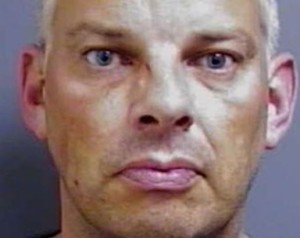 Earlier this month the Plymouth Herald splashed on the story of how a city bus driver had been sentenced to life imprisonment having murdered his ex-partner in December last year.

Counsel representing 42-year-old David Wilder, of Tailyour Road, said he had “just snapped as he could not bear to let her go”.

The victim, a Mother of a 10-year-old son, had ended the relationship due to his controlling and possessive behaviour.

This is not the first time in recent months that this sort of issue has made headlines.

The recent broadcasting of the docudrama Murdered By My Boyfriend revealed in spine chilling and graphic detail the destructive spiral of a relationship characterised by such manipulative behaviour of a partner which resulted ultimately in the death of a young woman, leaving behind a dependent child.

There was also recently an article in one high end glossy magazine, where a solicitor from London described her life living with an abusive partner.

An intelligent and successful woman who, on the face of it, was in control of her life, painted a picture of how destructive and manipulative an abusive relationship can be.

She found herself constantly justifying the physical abuse she was suffering, telling herself she would leave if it happened again. However, a victim can feel trapped in such a relationship.

As was seen in the docudrama, the first punch or slap quickly followed by an apology, gifts and a promise never to do it again, would make even the very strong amongst us want to put that behind us.

The thought of life on your own with a young child is often far more daunting.

However, when is it ever right to accept that behaviour? The numbers of women murdered or seriously injured by their partners is on a steady increase and domestic abuse knows no social or cultural boundaries.

At The Family Law Company we have specialist trained lawyers who can support victims of domestic abuse in every step of the way to securing protective orders from a Court.

Don’t suffer in silence. We are here to help.