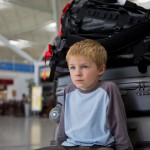 Last week, on 14 March 2012, the Supreme Court gave judgment on an appeal against an order of the English Court of Appeal for a mother to immediately return her son, “W”, to Australia under the Hague Convention.

In considering the appeal the Court considered the guidance given in Re E (Children) (Abduction: Custody Appeal) [2011] UKSC 27.

The Hague Convention on the Civil Aspects of International Child Abduction (“the Hague Convention”) is an agreement by a network of countries (“convening states”) to work together in order to deal with situations where a child aged under 16 has been wrongfully taken from their country of residence to another without the other parent’s permission or legal authority to do so.

The Convention regulations seek to ensure the swift return of the child to their country of residence.

In February 2011 the British mother had removed her son, W, from Australia, his place of residence, without the father’s consent following a breakdown in her relationship with W’s father. The removal was therefore in breach of the father’s rights of custody and classed as child abduction.

The father made an application for an order for the summary return of W to Australia under the Convention. The mother’s defence under the Article 13(b) wording of the Hague Convention was that “there is a grave risk that his … return would expose the child to physical or psychological harm or otherwise place the child in an intolerable situation.”

In certain circumstances the court of the jurisdiction the child is abducted to has discretion to refuse to return a child. A risk that return could expose the child to grave risk of physical or psychological harm is one such discretion – Article 13(b).

The mother suffered mental health problems including anxiety and depression. The father was a recovering alcohol and drug abuser who had been suffering serious alcohol and drug relapses between 2009 and 2011. The mother alleged that she was the victim of significant abuse at the hands of the father.

The evidence of the mother’s psychologist was that, if the mother returned to Australia with W, her fear of the father’s mental state and of his impulsive actions towards her together with the stress of isolation in Australia from her family would be likely to cause clinical depression, which in turn could diminish her secure attachment to W.

In August 2011 the Judge refused the father’s application for the child to be returned to Australia under the 1980 Hague Abduction Convention.

In October 2011, however, the Court of Appeal ordered W’s immediate return on the basis that there were nothing more than disputed allegations to support the mother’s defence. A question also arose about the correct approach to the subjective perceptions of risk held by a parent.

The Supreme Court unanimously allowed the mother’s appeal against this decision. In Re S (A child), the Supreme Court held that the terms of Article 13(b) of the Convention were plain, that they needed neither elaboration nor gloss; and that, by themselves, they demonstrated the restricted availability of the defence. Where disputed allegations of domestic abuse were made, the Court should first ask whether, if they were true, there would be a grave risk that the child would placed in an intolerable situation; and if so, the court must then ask how the child could be protected against the risk.

The Supreme Court ruled that the judgment as to the level of risk had been one for the judge at first instance, and should not have been overturned unless, whether by reference to the law or to the evidence, it had not been open to the judge to make it.

The mother will now be able to remain in England with her son.

Jane Chanot, Director at Hartnell Chanot, comments: “This decision gives lawyers further guidance as to what circumstances may afford a defence to returning a child to their place of usual residence or habitual residence. The intention of the Hague Convention is to return children promptly to their place of habitual residence where the Court in that country should address any issues arising in relation to the child. This decision may suggest that the bar has been lowered in some way and that parents who want to raise a defence of their own anxieties and the consequences arising from return giving rise to an intolerable situation for the child, will succeed.”

She adds: “It is evident that all such cases will require careful assessment by the Court of the Respondent’s evidence, both objective and subjective, having regard to the wording of the defence before the Court can be satisfied that its discretion should be exercised.”