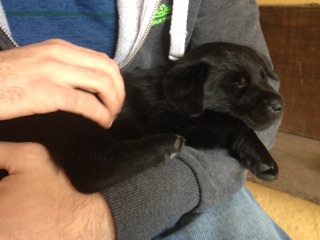 Charity Blue Cross has launched what they are calling a Pet Nup, which they bill as a pre-nuptial agreement for animal owners.  The question is why?

A survey earlier this year revealed that a fifth of separating couples found deciding who gets custody of beloved pets difficult.  Now we all know that that pet owners can be passionate about their 4, 2 or no legged friends, so it’s hardly surprising that in the event of family breakdown those passions can run particularly high.

Blue Cross have created a document which they say allows couples to plan for their pet’s future, and avoid heartache, should the human relationships breakdown.

Pet owners will want to ask themselves if this is worth doing and, if you take the trouble to look at and complete what is quite a lengthy document with a fair smattering of legalese, will it be binding. Under English law, family pets are treated as property, and so if disputes arise, it is property law, rather than issues about the pet’s welfare, which will determine with whom a pet lives.  A different approach is taken in countries such as the United States and Israel, where the legal test is based upon the best interests of the animal, alongside property law issues.  This means that the Court can give greater focus to what is best for animals if they are caught up in pet custody disputes.

The purpose of the Pet Nup is, presumably, to try and avoid such disputes arising in the first place, as with prenuptial agreements between couples. At present, there is no guarantee that a Court will enforce the agreement, but provided various hoops have gone through and hurdles jumped, there’s a reasonable prospect that the Court might hold owners to the terms of their Pet Nup.

The Blue Cross Pet Nup suggests that before parties enter in to an agreement, they should each consider taking independent legal advice, and recognises that, at present there, is no law of custody, residence, or contact covering pets. They also acknowledge that Courts may not enforce some, or all, aspects of the Pet Nup.

Here at The Family Law Co we have substantial experience in drafting both cohabitation, and pre-nuptial agreements, which can, and on occasions, have included provisions about much loved pets.

The Family Law Company has solicitors in Plymouth & Exeter, as well as further afield in the South West.