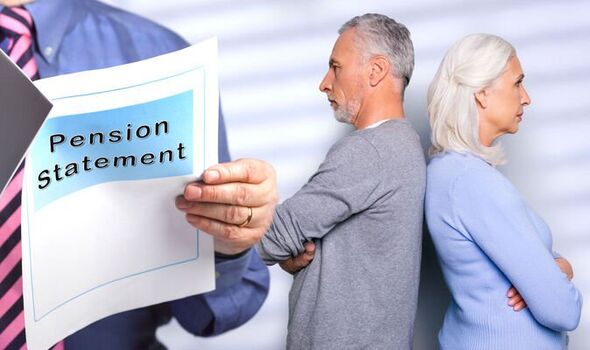 A recent survey found that one in six divorced people were unaware that their pension could be affected by the end of their marriage.

The survey of over more than 1,000 people was carried out on behalf of composite insurance business, Aviva. It threw up some interesting gaps in understanding about how a pension figures in the financial settlement of a divorce.

Alongside property, a pension is likely to be one of the most valuable assets in a marriage or civil partnerships. Often both parties have their own pensions but the value of those respective pensions may vary greatly.  In some cases where, for example, one person has put their career on hold to bring up children, they may have been unable to save for their pension. In fact the survey found that around 8 percent of divorcees have no pension savings. For them, the expectation was that their partner’s pension would finance retirement for both.

Interestingly, more than one third made no claim on their former partner’s pension. This could be because they just didn’t want to, or because they weren’t aware they could.

On average, men are aged 47 and women aged 44 when they divorce. These are ages at which the amount of pension wealth built up may be significant and shouldn’t be overlooked during a divorce.

19% of respondents  said that they will be – or already are, significantly worse off in retirement as a result of their divorce. A third said they were having to dip into savings, use credit cards for every day spending or borrow from friends and family in order to supplement their income following a divorce. Some have taken jobs for the first time or even taken a second job.

With more people contemplating making their own application for an online divorce, they may miss out on their ex partner’s pension. If the party entitled to the pension doesn’t want this included and the other party isn’t aware of their possible claim on their spouse’s pension, pensions can easily be overlooked.  Often parties concentrate on the immediate after-effects of the divorce, such as housing, and fail to consider the long-term consequences including how they will fund their retirement.

Where there is disparity between pension benefit between spouses, good legal and financial advice can help to resolve this, and both parties should be clear about where they stand. That disparity may be overcome  by a pension sharing order or a division of capital which offsets the claim against a pension depending on the circumstances of the case. Clearly, when you are getting divorced, it is important to make informed decisions not only on the legal issues but also on the potential impact on your finances.

The Family Law Company and its experienced family lawyers has a long history of advising parties both on the legal and financial consequences of divorce and separation. Often this advice includes referring the matter onto independent financial advisors  to ensure our clients get the objective help and information required.  Both legal and financial advisors will work together for the benefit of their client to help them make the necessary decisions about their future.

What is pro bono work and why do we need it?

Local Lawyer Limbers Up for Largest Ever London Marathon