Divorces and Pensions: What can happen?

Couples going through divorces have been told that they need to fight for a portion of their ex partners pension, or they may be at risk of suffering from financial ruin later on in life. 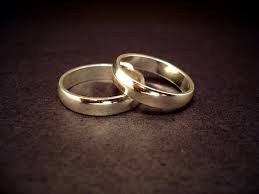 This is the advice of the pensions minister Steve Webb, who has stated that there is not enough emphasis put on pensions when divorce settlements are being discussed.

This means divorcees may face being reliant upon State provided pensions later on in life. This may affect woman in particular, who have taken a career break to care for children.

He said that people often concentrate too much on the immediate needs, and do not necessarily consider all their future options, and that pension sharing issues should be at the forefront of negotiations.

So how the pensions be divided?

After the family home, a pension is usually a person’s biggest asset, and can be divided in different ways.

Mr Webb has claimed that there are no easy fixes for the problems which currently exist, but has asked for greater awareness among divorces about the potential future value of a pension.

What should be considered during divorce proceedings?

If you have any queries about proceedings, do not hesitate to contact our solicitors in Plymouth or Exeter.