Elder abuse in context: The experiences of a domestic abuse lawyer

I recall hearing that statement often when I was growing up. The message was clear; I alone would be responsible for dealing with the challenges life presented to me.

Now I have grown up and am soon to be considered – an “older person” by local authorities. With the benefit of hindsight, would I make that same statement to a friend, child or colleague? I would like to think that I wouldn’t; I would like to think that now people are able to ask for and accept help when it is needed. I wonder – am I alone in this belief? Does society at large encourage a mind-set that teaches people that they can’t, or shouldn’t, ask for help?

I recall an incident that was brought to my attention shortly before my father passed away. Like many of his generation, my father was a very private person.  Unbeknownst to me, some ten years before, he had been assaulted by a close family member. The incident – which went completely unreported – had a staggering impact on my parents. This event acted as a catalyst for a case of angina that led to my mother’s death a week or so after the incident.  Even after the chain of events that followed the assault, there was no mention of the incident itself. I only came to learn about the event a short while before he himself passed away.

The long term effect for my father was a fear of making positive changes for his own future, more specifically decisions about where he would spend his retirement. The original incident, as I understand it, came about as a result of a desire on my parents’ part to move into a “smaller and more manageable” property, a decision that, as I understand it, was the cause of the assault. During the last ten years of his life, my father cleared away many of the possessions that we had stored at home, but he never got around to putting the property on the market. I had assumed that this was because he couldn’t bring himself to let go of the memories associated with the house. Unaware of the incident until it was too late, I had believed his reluctance to sell the property was connected to his emotional attachment to the home.

My father was eighty when he passed away and clearly he was not one to seek assistance, despite having good cause to do so.

Age in and of itself does not make us more susceptible to abuse, although age may prevent us from seeking help because of a notion that we are ultimately responsible for solving our own problems in isolation. Alternatively it could be that we are embarrassed; we don’t want to burden people with our problems or we simply don’t want people to know our business.

Shocked by the revelations of my own family’s experiences, I wanted to find out how big a problem elder abuse was in my area. I contacted my local support service which kindly provided me with the statistics showing that in Plymouth (the city in which I live and work) there had been a significant year-on-year increase in the number of people seeking help over the last five years. Of the people currently seeking assistance, the group that had seen the greatest increase were those people in their 50’s. Incidents of domestic abuse were still being noted by individuals in the 50’s, 60’s, 70’s and 80’s.

What these statistics suggest is that more and more people are realising that where there is a problem – in this case domestic abuse – that something needs to be done to protect the vulnerable.

‘Any incident or pattern of incidents of controlling, coercive or threatening behaviour, violence or abuse between those aged 16 or over who are or have been intimate partners or family members regardless of gender or sexuality.  This can encompass, but is not limited to… psychological, physical, sexual, financial and emotional abuse.’

This definition came too late for my father, and I am not sure he would ever have mentioned the incident in any event. The important thing is that now we have the definition and the legislation that allows intervention to protect those who are vulnerable.

It’s important to remember that sometimes, simply picking up the phone to understand what we can do to protect ourselves or others could make the difference between living in terror and enjoying our later years. 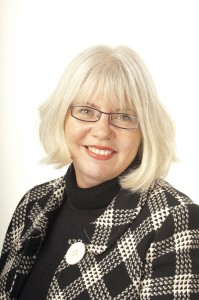