Many solicitors, family law and otherwise will be shocked to discover a staggering new statistic that has emerged revealing around a third of all women in the EU have experienced either sexual or physical violence since the age of 15. This is according to a study by the European Union Agency for Fundamental Rights. 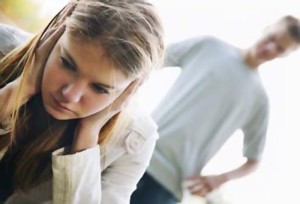 This number equates to 62 million women overall, the survey says.

It is said to be the largest survey on the subject that has been conducted, having been based on interviews with as many as 42,000 women.

The report has now called on EU countries to treat domestic violence not as a private issue, but to make it a public one.

It claims that policies and laws relating to sexual harassment need to be reviewed.

The survey asked women questions regarding their experiences of physical, psychological and sexual violence, at home as well as in the workplace. It also asked questions in reference to stalking, sexual harassment and violence in childhood.

It established that “one in 10 women has experienced some form of sexual violence since the age of 15, and one in 20 has been raped”.

Twenty two per cent of those women who participated in the survey disclosed that they had suffered from physical or sexual violence by a partner, but that sixty seven per cent failed to report the most serious incidents of domestic violence to the police.

The study also revealed that there was a correlation between heavy alcohol use and domestic violence.

Furthermore it said around eighteen per cent of women reported that they had been the victims of stalking since the age of 15, with fifty five per cent saying they had been sexually harassed, often in the workplace.

A prominent note emerged from the survey showing that young women as a group “are particularly vulnerable to victimisation”.

The countries where women reported the highest number of incidences of sexual and physical violence were:

But the survey did note that the results may replicate the fact that some countries find it less culturally acceptable to talk about the problem in the study than others.