The BBC recently released an article reporting on the apparent increase in the number of people who die as a result of domestic violence; but has there really been an increase in the number, or is it more likely that the deaths are now being reported by the media in light of high profile campaigns? http://www.bbc.co.uk/news/uk-22610534

On average seven women and two men are killed each month as a result of domestic abuse by their current or former partner.  For those of you hearing this statistic for the first time, it is shocking.  It is only in recent years after much pressure from organisations such as Woman’s Aid and high profile victims such as Sheryl Gascoigne and Rihanna that the media have taken notice.

It is vitally important that the media raise awareness of the issue of domestic abuse as so many victims do not even realise they are victims or how much danger they or their children are in. 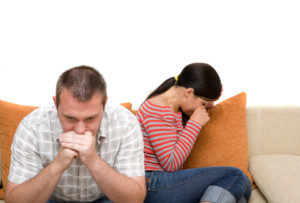 It is very positive to have had the recent changes in the law to protect victims with the introduction of Restraining Orders, Domestic Violence Protection Notices and Domestic Violence Prevention Orders, as well as a widening of the definition of domestic violence through the Home Office. This is complemented by orders being available through the Family Courts too such as Non-Molestation and Occupation Orders and Orders to protect children. Visit our Domestic Section for more legal information.

What will be important are the lessons learned from the Homicide Reviews and how those are implemented.  Devon Strategic Assessment shows an increase in reporting in 2012/2013 of domestic abuse incidents; is the right question really: What has been learned and how will this help victims in the future?  We will know the answer to that question when the next Homicide Review is published and we understand the failings which led to another death and what action will be put in place to try and redress those failings.