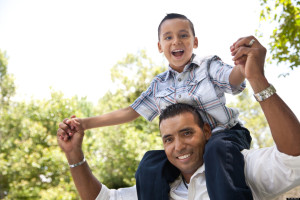 An important amendment to the new Children and Families Act has come into force today, after the implementation of a number of provisions was delayed when it was initially introduced.

Section 11 of the act was delayed at the time, along with other implementations, but these have now come into effect.

The importance of this change is there is now a presumption in the family court that each parent will play a role in the life of the child. This means the Court has to start from the basis that each parent should have involvement in the child’s life and will further the child’s welfare.

However, what it doesn’t do is tie the Court’s hands, as the Court still has to have at the forefront of its mind the welfare of the child. If the Court, in applying the presumption, believes there is some risk to the child or, if it is unsafe in any way then the Court can still reduce or end the involvement.

In light of this, the suggestion from the Government that this is a ground breaking provision is probably not accurate. The Court has always had to take into account the welfare of the child when looking at the involvement of parents in their life and whilst this perhaps, now enshrines the presumption that you start from believing that each parent should play a role in the life of the child in fact looking at the practicalities, the Court will simply be applying the welfare checklist that it has already been applied since 1989.

What this change does is give a clear indication to parents that they are to play a role in the life of their child unless the Court rules otherwise.

In our experience as Family Law specialist solicitors in Exeter and Plymouth, this in practice is where most courts start in any event.

What the provision doesn’t do however is to say this should be an equal role, a change that has been suggested. What role the court approves will always still come down to, what is in the best interests of the child when looking at the child’s welfare needs, so in practice, is there really any change?