The forgotten Victims of Domestic Abuse

A recent advert exposes our shocking attitude towards male domestic violence. Frightening statistics show how 38% of domestic abuse victims are men and how they are the forgotten victims. 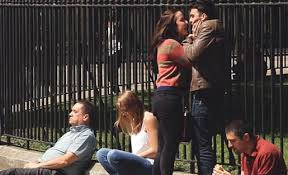 Last year, 720,000 men were reported as victims of domestic abuse. A new video by Mankind, a charity which supports male victims of domestic violence, is looking to challenge our attitudes towards domestic abuse by releasing a shocking and hard hitting new video which exposes our deep routed assumptions. The advert which can be viewed on: bit.ly/1k3hrfk, has already been viewed over 4 million times.

This shocking video advert shows social attitude towards male victims. When a man physically abuses a girl, members of the public step in BUT when the roles are reversed and the women physically abuses the man, passers by stand watching and even more shockingly, some laugh.

Men often feel ashamed, embarrassed or perhaps as though they will not be believed. The challenge is to change our assumptions and to remember that men should be treated the same as women. Men should be able to speak out without feeling ashamed or embarrassed and without fear of being laughed at. Men should also feel confident that they too can seek the appropriate Legal Advice.

Victims of domestic abuse, whatever gender, should remember that Legal Aid continues to be available for protection from domestic violence and The Family Law Company can help you put in place the appropriate protection. Society is changing and accepting the concept that domestic abuse does not just happen to women. There is support out there.