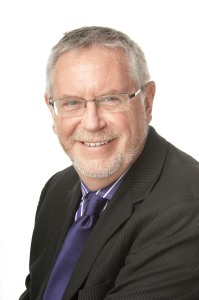 Only Mums and Only Dads, the Community Interest Company (CIC) responsible for the creation of The Family Law Panel organised a forum in Westminster on Monday, October 27.

The topic under discussion was ‘How can we limit the overwhelmingly negative impact of divorce on parents, children, wider family and society as a whole?’ is central to the objectives of the panel, which aims to provide free, accurate and easily accessible professional advice to single parents regardless of background, ethnic group, sexual orientation or family set-up.

Norman Hartnell, The Family Law Company’s Managing Director also spoke, and shared his views on family law and what changes need to take place to improve the system. Below, we have shared Norman’s discussion from the Westminster debate which we hope will prove helpful and insightful into the kind of processes Norman would like to see put in place:

Family law isn’t working as it should. There is confusion from the law makers as to its purpose and muddled thinking in its application resulting in numerous injustices.

I’d invite the debate to go back to fundamentals, to identify the broad goals and principles of what family law’s purpose is. I propose they are twofold, namely:

There are calls for ideas from the President, from the Justice Minister and from the legal aid authority. What are their governing principles?

Further, government departments, think in self-contained silos, they don’t do joined up thinking. Their strategy on dv has been to give priority to the criminal system focussing on measurable crime statistics and punishment rather than the protection of the individual through the range of remedies afforded by Family law.

Let’s consider 2 examples of where things are going wrong, where the abuse of power by individuals is not being addressed adequately by our systems.

The thing which means more to any parent than anything else is the ability to have a relationship with your own child, it is fundamental.

If a stranger abducts a child, the outcry for action is rightly immediate, the full panoply of the criminal justice system kicks in to use police intelligence to locate and rescue the child.

If a parent abducts a child abroad, 22 miles across the Channel, the bereft parent gets immediate free legal aid and the government in the form of the ICACU leaps to their aid.

But what happens when a parent in this country simply says “no” and denies the other parent contact to a child?

Let me tell you what the real process looks like and ask, is it any wonder that there is a huge sense of injustice which finds expression in anger against anyone connected to the system? Remember that every day for a child feels like an eternity.

The delay occasioned by the court process in private law matters is in stark contrast to the 26 week limit imposed robustly by Judges involved in care proceedings.