Love wasn’t in the air in Hollywood last month, with several high profile celebrity couples announcing they were to split.

As solicitors in Exeter specialising in divorce and other family matters we recognise that a break up is a very difficult thing to go through.

As a result, we thought it may be useful to lists some high profile splits, to reassure people that divorce is, unfortunately, something that can affect all people in any walk of life. 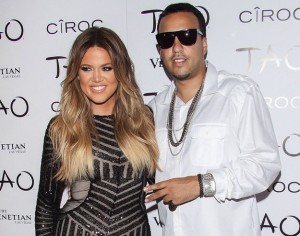 One of the stars of Keeping Up With The Kardashians has split from her partner after a relatively short period of time.

The couple were living together despite having been together for only a few months – having got together not long after Khloe broke up with basketball player Lamar Odom.

The reality TV star is understood to have ended the relationship, telling French she “couldn’t emotionally handle it”.

French Montana is a man not an area. He is not just a rapper, but a Morrocan rapper and the latest beau of Khloe Kardashian of the ‘famous for no discernable reason’ Kardashian family.  Khloe, in common with her sister Kim (married to Kanye West) likes to wrap up with a rapper. They have both experienced difficult relationships.

Fortunately for Khloe, the couple were unmarried, childless and had been together for a relatively short time when they separated. It seems that at the point of separation, they had not lived together, although French bought Khloe a jeep for her birthday.

From a legal standpoint at least (had they been living in this country), their situation is simple. As a matter of law, a gift remains a gift even after separation. French may have to kiss goodbye to the jeep. If they simply dated without living together and neither contributed significantly to the purchase or improvement of the other’s property, then neither has any other claims against the other arising from their relationship.

Because they have not lived together for more than two years, neither would have a claim against the estate of the other for financial provision in the event of the death of one of them.

In short, Khloe gets to keep the jeep and they both walk away. 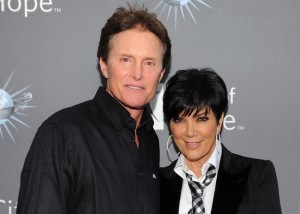 Former US track and field star Bruce Jenner and his wife of 20 years, Kris, decided to separate earlier this year, and that separation became official in September when they divorced.

The pair are reported to have split their assets, which are believed to total around $60m, straight down the middle without resorting to legal proceedings.

The couple are in their 50’s, have been married for a long time and have two older children.

The aim of all divorcing couples is to finalise matters with the minimum of acrimony and expense. In the majority of cases this is a perfectly realistic expectation. Sadly, higher net worth individuals often find themselves engaged in expensive and difficult litigation, there being so much more at stake.

Comparatively rarely cases can result in recognition of very special contributions to family wealth or compensation to a disadvantaged spouse who has given up a lucrative career to have a family. For the most part however, it is rare for the court to depart by more than a few percentage points from equality of division of the marital assets. Of course, that can mean a great deal in purely money terms for some high net worth individuals.

It is therefore gratifying to see a sensible couple who are so well off that their respective needs can be met for the foreseeable future from their joint martial assets agreeing to simply divide their assets equally. Why should that be a surprise given that neither needed to claim from the other’s share to meet their respective needs for the foreseeable future? An equal division between this older couple with older children after a long marriage could not be criticised.

If an agreement is reached outside of court in relation to financial issues, then the process of approval and implementation is straightforward. An agreed, signed order is submitted to the court within divorce proceedings for approval by the judge who must decide whether the order is fair and reasonable to the parties. To help him decide, the judge must have a statement setting out each party’s financial circumstances and future intentions.

Sadly, the mere fact that there is enough to go round does not result in all divorcing high net worth individuals settling their affairs with an equal division. Some high value divorces can end with each party pursuing the other with allegations of non-disclosure and, in some extreme cases, expending millions in the process.

An acrimonious separation does not mean that court is inevitable. A mutually respectful, problem solving approach which places the welfare of children at the centre will produce solutions or better solutions than a strictly adversarial approach. Court proceedings are adversarial and expensive and should be a last resort where other options such as mediation and collaborative law have been explored or where emergency steps are required (e.g. to protect assets or define children’s arrangements).

Indeed, it is now necessary to confirm that these options have been investigated before applying to the courts. Sometimes, there is no other option to the court process. Timing and judgement is vital and that is where our experience and expertise as family law specialists is vital for our clients. 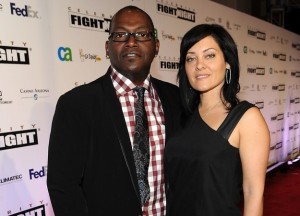 Erika had decided to file for divorce and end the couple’s 18 year marriage citing their irreconcilable differences as grounds for divorce.

Erika also filed for custody of the couple’s 17-year-old son.

This will not be Randy’s first divorce, and he has a (now adult) child from his previous marriage.

The mantra which you will hear repeatedly in relation to proceedings for Child Arrangements Orders (formerly Residence Orders) for older children is ‘wishes and feelings’.

The reason for this is that an adolescent child is assumed to have sufficient emotional maturity and understanding to be able to choose the arrangement that best suits them. The courts are very reluctant to make orders which place them in conflict with the stated wishes of an older child for the very simple reason that it will be extremely difficult, if not impossible to ensure that the child does what has been ordered. The likelihood is that they will ‘vote with their feet’.

Courts will only, very exceptionally make such orders to protect a child from harm which will occur if the child pursues a particular arrangement which is self-evidently harmful to him/her or to enable a child to pursue an arrangement which he/she feels uncomfortable with due to emotional or other pressure from a parent.

The order is effectively a means of giving the child permission to do what he/she wishes to do, but finds it difficult to articulate. 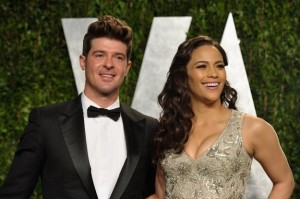 The star of one of 2013’s most successful songs has also been on the receiving end of divorce papers recently.

Robin Thicke, singer of the allegedly misogynistic Blurred Lines, has received the papers from his wife of nine years Paula Patton.

The couple split up several months ago but are now set to make their break up official.

Despite rumours of infidelities committed by Thicke these don’t appear on the divorce papers.

The couple will have to work out who will get full child custody of their 4-year-old son.

In contrast with the situation described above, where the court is dealing with the arrangements for young children post-separation, orders are more readily made where there is disagreement between parents. This is because young children do not have the emotional maturity or understanding to make decisions or express a genuine preference for a particular arrangement and (if his/her parents cannot agree), needs the certainty of a court ordered arrangement.

A Child Arrangements Order is the term used to replace ‘Residence and Contact’ orders.

In the event of dispute the court must apply what is known as the ‘Welfare checklist’ when determining such disputes. This means that the court will look at a number of factors including any risk of harm, the capabilities of the parents, and the child’s own views (depending on age and maturity). It is presumed as a matter of law that it is in the best interests of a child to spend time with each parent. It is for the parent who opposes this to explain the reasons to the satisfaction of the court.

There has been a growing trend towards shared care. This is now expressed in terms of the time a child spends with a particular parent, rather than the child having a ‘Resident’ parent and a ‘Contact’ parent, a recognition of the importance to children of both parents. In some cases, one parent will seek a genuine shared care arrangement where time spent is divided roughly or exactly equally between the parents. To work effectively, such arrangements ideally need to be flexible so as to avoid the child feeling regimented and torn between the two households. Unfortunately, the nature of such disputes is often a contra-indicator to such arrangements, hence they remain relatively rare.