The gory details of celebrity divorces are often exposed in tabloid papers, but as well as titillating these stories can serve to educate.

Here we get one of our expert family law solicitors to run their eye over four famous divorce cases and see what can be learnt from them. 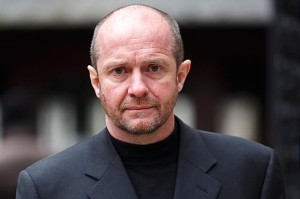 This case has been described as one of Britain’s most bitter divorce cases, and the six-year legal saga is still ongoing.

Tycoon Scot Young was ordered to pay his ex-wife Michelle a £20m settlement last year, despite the fact he claimed he was bankrupt and had lost his fortune in a Russian property deal. The judge declared that he was “not a penniless man of straw with huge debts” but appeared to have hidden substantial assets offshore.

It recently emerged Mrs Young, 49, still hasn’t received a penny, even though almost £8m had been spent trying to trace Mr Young’s wealth. At one point during the court proceedings Mr Young was jailed for six months for contempt of court after he failed to engage with the court process and disclose financial information to his ex-wife.

The Young case reminds us that although courts have substantial powers to tackle those who demonstrate contempt, both for orders of the court and for their former spouses, parties to a marriage can end up losing much of precious resources if they are unwilling to resolve matters in a fair and reasonable manner.

The court system is a blunt, expensive and a sometime ineffective way of settling financial arrangements after separation.

Separating parties may well be better off exploring alternative means of settling their financial arrangements and, if there is no effective alternative to the court, people should be encouraged to engage in a cost/benefit analysis, as they would in any commercial proceedings. 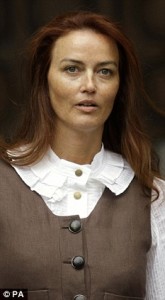 This high-profile case established how prenuptial agreements carry weight in the English courts – provided they are “fair” and both parties were fully aware of the terms at the outset.

Katrin Radmacher, a German paper company heiress worth around £100m, and her husband signed a “prenup”, ringfencing her inherited wealth from any future divorce settlement.

This was challenged when they split eight years later. Mr Granatino, a former investment banker, had originally petitioned for a £9m settlement; this was reduced to £5m by the Court of Appeal, then £1m by the Supreme Court. He was also given a property in Chelsea, which would revert to Ms Radmacher when the couple’s youngest child reached the age of 22.

Our experience is that an increasing, but still relatively small number of people are electing to enter into pre-nuptial agreements. The motivation is often to protect assets acquired before the marriage, but it may also be to try and avoid conflict in the event of a separation.

Historically, Courts held that pre-nuptial agreements should deemed void because they were considered incompatible with the sacred nature of marriage.

This case is yet another step demonstrating that Courts recognised that the nature of marriage has changed, and are increasingly willing to give force to agreements, pre or post nuptial, that parties have willingly entered into with their eyes wide open.

As one judge said, it had become ‘increasingly unrealistic’ for the courts to disregard pre-nuptial agreements and that in so far as the rule that pre-nuptial agreements are void survives it does not sufficiently recognise the rights of autonomous adults to govern their future financial relationship by agreement in an age when marriage is not generally regarded as a sacrament and divorce is a statistical commonplace’. 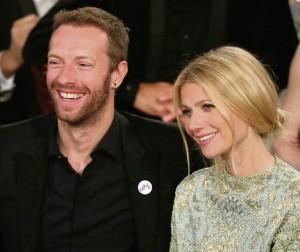 The celebrity couple announced their “conscious uncoupling” this year, but said they will continue to “co-parent” their children.

Many separating couples recognise that the manner in which they separate can have a major impact upon their own emotional and physical wellbeing and more particularly that of their children – whatever age they might be.

Those who recognise that they need to find a way forward that allows lines of communication  to remain open will not only protect their emotional wellbeing and that of their children, but they might also be better off financially as costs that could otherwise arise can be avoided.

Separated or not, parents remain parents and an ability to co-parent in a constructive manner where the children’s needs are placed first is vital to the wellbeing of all. 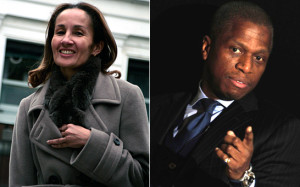 This divorce case hit the headlines after Michael Prest, a Nigerian tycoon who founded the Petrodel oil company, was ordered to give his ex-wife Yasmin Prest a multi-million-pound property portfolio, even though it was owned by an offshore company.

Although Mr Prest was said to be worth more than £48m, the case had implications for many divorcing couples as it apparently gave family law judges the power to “pierce the corporate veil” and include business assets as part of a divorce settlement.

However, in the end this ruling hinged on the fact that there had been an attempt to “hide” assets in a complex offshore company structure to reduce the divorce settlement. The judge ordered that in such cases these transactions could essentially be set aside.

Those business men (and it has, historically, been men more often than not) who thought that they could protect their assets against the risk of divorce by placing those assets in the name of a company, need to think again.

Although the notion of not piercing the corporate veil has generally been seen as sacrosanct the courts have recognised that separating parties should not be allowed to frustrate the powers of the court to provide for former spouses and children simply by artificially putting assets in the legal name of a company, when the true beneficial owner of the asset is the, in this instance, husband.