The outcome for children in care

Under the Children Act 1989, a child is defined as “looked after” by the local authority, or as we more commonly call it, “being in care”, if he or she is provided with accommodation for a continuous period for more than 24 hours; is subject to a care order; or is subject to a placement order. 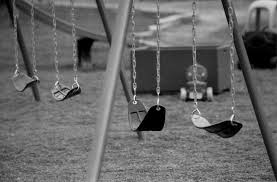 Sadly, the statistics show that a child who has been in care is more likely to have poorer educational outcomes than a child who has not been in care, and a higher proportion have special educational needs. This is not surprising, when the statistics also show that children in care are nearly three times more likely to have a fixed term exclusion from school, which means being excluded from school for a specified period, and are twice as likely to be permanently excluded. This alone must have a significant impact upon their education.

In respect of emotional and behavioural health, the statistics show that around half of the children in care between the age of 5 and 16 have been considered to be ‘border-line’ or to be a ‘cause for concern’ in relation to their emotional and behavioural health, and between the age of 10 to 17, to have had convictions, or been subject to a final warning or reprimand, and 3.5% have had a substance misuse problem.

However, despite poor outcomes, improvements can be seen from the governments’ statistical release in March 2013 where the percentage of children in care are now achieving 5 or more A* to C GCSEs, or equivalent, including English and Math’s which has increased from 11 % in 2009 to 15.3 % in 2013.

One of our lawyers at The Family Law Company was “in care”. She was placed in a long term foster placement at the age of 7, finally leaving to live independently at the age of 19. She explains how tough it was, moving through various placements before finding the right family to help her through such a difficult time in her life. She sought a career in law and remained committed to achieving this goal, studying towards her legal qualifications whilst working. In consequence, she really understands how difficult it is for children who have been in care to overcome the stigma that follows them when leaving the care system, but she would say that it can be done. With the right support and the right people to invest in you to help you progress, your future can be a successful one. Specializing in children and domestic violence work, she feels she can use her experiences in life to empathise with clients and understand the difficulties they may be facing.