For many people marriage is a traditional institution, and getting married is the ultimate sign of commitment to a significant other.

But for others marriage doesn’t hold the same importance and getting married isn’t a priority.

However, marriage is recognised by law and the implications of a split between unmarried couples can differ from the consequences of a divorce. 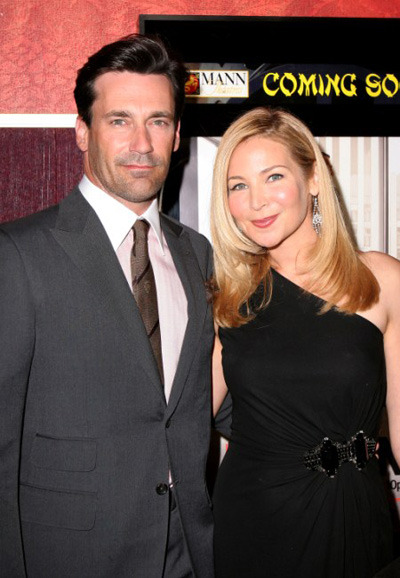 Better known as Don Draper, the Mad Men star has been in a relationship with the star of Kissing Jessica Stein for more than 15 years.

The pair haven’t wed though. In 2012 Hamm told journalists that was because he and his partner believed changing their relationship status wouldn’t change the way they felt about each other.

“If it ain’t broke don’t fix it,” he’s reported to have said. He expanded by saying getting married would give him “a piece of paper” which would “serve to remind you of your commitment,” but said he and Westfeldt didn’t feel they needed that.

While those sentiments are admirable that “piece of paper” carries significant legal weight.

Hopefully Jon and Jennifer will enjoy many more happy years together. However, sometimes what ain’t broke can break unexpectedly and that is when that ‘piece of paper’ makes a world of difference on separation. A disadvantaged former spouse has various remedies where the court can exercise discretion in their favour including claims for lump sums, adjusting shares in property, maintenance, a share of their former partner’s pension and claims against the other’s estate on death. The courts dealing with the property and income of formerly married partners will start by asking why their assets should not simply be divided equally between them, before looking at a range of factors such as incomes, needs, ages, health, length of marriage and contributions before deciding whether one spouse should have more than the other. The overarching principle is one of fairness.

By contrast, the financially disadvantaged unmarried partner has no right to financial provision to help them through separation. They must look to the law of property and trusts for a remedy. This does not involve any element of discretion by the court based on what is perceived to be ‘fair’ or to reflect needs, differing incomes, ages or health. Instead, the search is for what the parties agreed about ownership of their property as specified in the title documents or, in the absence of a written agreement, what the parties agreed orally between themselves. In the case of one party owning the assets where the other claims to have contributed to the purchase of those assets, the claiming party must show that there was an agreement that they would have a share and that they did something to their detriment (like spending money or working on property) relying on the agreement. If the claiming party can prove an interest, it will be equivalent to what was agreed between the parties or will reflect the amount actually invested.

It will be apparent that the partner who earned less during the relationship or brought less capital to it, or the non-owning partner risks departing an unmarried relationship (particularly a long term one) in a disadvantaged position compared to a married partner. 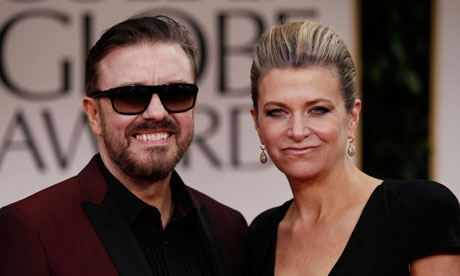 The creator and star of The Office and his long-time partner have been together for more than 30 years but haven’t wed.

In the past Gervais has said the reason he and Fallon haven’t married is that there would be “no point”.

“There might be one day,” he said. “I’m not digging my heels in and saying we’ll never get married for any reason. We just… there’s no point.”

Gervais may have a point.

Ricky is right in two very limited respects. The areas where unmarried partners can enjoy similar rights to those of married partners are in relation to financial provision for their children and provision on the death of the other (whether for themselves or the children of their relationship).

An unmarried parent with care of the children on separation can seek financial provision from the other to assist in accommodating, maintaining and educating their children using the remedies provided by Schedule 1 to the Children Act 1989. Factors such as incomes, capital and needs will be taken into account in determining fair provision. The paying party must have sufficient income, capital or property to permit an order to be made.

In the event of the death of one partner following a cohabiting relationship of more than two years, the surviving partner can make a claim against the estate of the deceased (even if the will provides otherwise) for reasonable financial provision. The claiming partner must show that he or she was financially dependent on the deceased at the time of death.

A widow or widower can also claim against the estate of their former partner under the same statute. The measure of financial provision is checked against the award they would have received on divorce and, generally speaking, is likely to be more favourable than an award to a former unmarried partner claiming in (otherwise) the same circumstances.

Brangelina, as they’ve been dubbed, got engaged in 2012, but are yet to tie the knot.

Should they split they’ll face the same legal hurdles as the other couples above. In England and Wales, a father only acquires parental responsibility if he is married to the mother at the time of the birth of his natural child, or subsequently marries the mother.  Since 1st December 2003, an unmarried father will also acquire parental responsibility if the child is born after that date and he is named on the birth certificate as the child’s father.

An Adoption Order is an Order giving Parental Responsibility for a child to the Adopters made on the Application of the Adopters. The making of an Adoption Order operates to extinguish permanently the Parental Responsibility which any person had for the child immediately before the making of the Order, save in the case of a single step parent adoption.

The adopted child is deemed to be the Adopters’ legitimate child and, if adopted by a couple, is treated as a child of their relationship. Adoption is therefore a legal process by which a child becomes a permanent and full member of a new family and has his or her identity with that new family.

While Brangelina have no doubt had advice about these matters, those with similarly mixed families on this side of the pond may find themselves not having the rights they thought they had in relation to their children.

Professional tennis player and professional golfer Caroline Wozniacki and Rory McIlroy went through a high profile split just a few months ago, when McIlroy decided he didn’t want to be with his partner just days after they sent out their wedding invitations.

With both earning millions from their talents the pair faced a complicated situation when it came to their finances, since they jointly owned property.

Unmarried couples can protect their position by entering into a cohabitation agreement. These agreements range from the very simple declaration of trust, dealing only with shares in property to comprehensive agreements specifying arrangements for contributions to outgoings, ownership of each partner’s personal belongings, gifts and joint purchases, rights of occupation of property on separation or death and a range of other matters.

In the absence of a cohabitation agreement, it will be necessary to examine the legal title to jointly owned property to establish whether shares are specified. If they are not, then it is presumed (in the case of a domestic dwelling) that shares will be equal, but disputes often arise from the lack of clarity in the title documents about shares in property. This is particularly the case where one party has contributed more than the other to the asset(s), but this is not recorded in the conveyancing documents or any cohabitation agreement.

Despite ending up in the rough with Caroline, Rory went on to clinch the trophy in a major golf tournament the following week.