Five divorce movies and what can be learned from them

Divorce is an emotive subject and that’s why it’s been the subject of dozens, if not hundreds, of films over the years.

While the breaking up of a relationship is usually a very difficult and distressing time for those involved and their friends and families, it also tends to make for dramatic events – which has meant film directors have often drawn on it as a stimulus for films.

So we thought we’d get one of our family law solicitors in Exeter to take a look at five of the most well-known films dealing with divorce, and see what can be learnt from them. 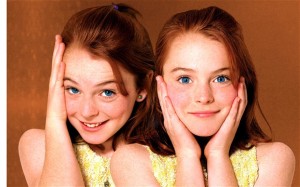 The original 1961 Parent Trap was such a success it was remade in 1998 although for many the remake, starring Lindsay Lohan, failed to match Haley Mills’ original.

The film sees twin girls who were separated at birth when their parents divorced conspire as teens to reunite their parents.

The film essentially covers the topic of how parents can often have the wrong idea of what’s best for their children when going through a divorce. In this case, the parents mistakenly believed it was best to separate the children, leaving them without a sibling.

The film also shows how many children of separated parents yearn for their parents to reunite.

This is a film which clearly shows that sometimes adults can underestimate the strength of sibling attachments. Research shows us that the strongest attachments children form are with their siblings and that they should be promoted even when the adults can’t be together

This film also shows how simplistic children see relationships whilst young and how they want nothing more than the family to be together.

In some respects this film shows that when adults start seeing the issues from the child’s prospective, that they too can find a way through the maze of their relationships – although there is perhaps an unlikely happy ending in this film for the children as the couple get back together – most children would see their parents talking and being civil to one another as a win-win situation 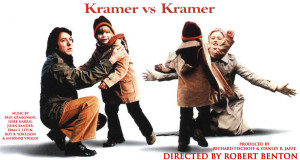 This famous film sees Meryl Streep play a character even more unlikeable than the dragon lady fashion editor she portrayed so convincingly in The Devil Wears Prada.

After divorcing her son’s father and abandoning them both, Streep’s character returns years later and tries to regain custody of her son and move him thousands of miles away from his father, played by Dustin Hoffman.

This film is one of the most heartrending, showing the impact of an emotional tug of war on a child. All he wants is to see his mother – he doesn’t understand the turmoil his father is experiencing as she walks back in and threatens the cosy world they have built together, all he can see is he is being pulled apart by those he loves best in this world. Perhaps acknowledging his fears and allowing the mother to have a relationship with the son may have helped the situation. Here, she wanted to take the child not only from his father but from the networks of support he had formed. As a parent it is important not to see ‘what I want ‘equates to ‘what my child needs’. This film so clearly shows that children look at things differently and sometimes that means parents have to step back from their wishes and place the child first.

In a dispute about children there should be no winner or loser – because if that is the case then the child’s welfare is likely to have been lost in the argument, as was clear in this film. 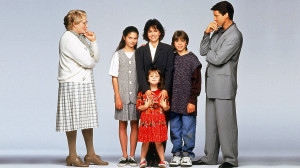 This fantastic comedy, starring a cross-dressing Robin Williams, shows how desperate some parents who lose out on custody of their children can become.

Williams plays a divorced dad who decides to impersonate a female housekeeper in her 60s so he can spend more time with his children.

While the film is packed with excellent first-rate physical and emotional comedy, it also delivers a powerful message about how important it is to put children first in any divorce.

A comedic take on a serious issue.  At the time of a family breakdown adult emotions can boil over – things that are said cannot be unsaid and can led to the children being caught up and unintentionally being used as a weapon. One of the ways this can happen is one party convinces themselves that the other parent is not suitable to have contact for whatever reason – some find it hard to explain even when the question is asked of them – ‘did you ever leave the children alone with X, did they ever come to harm’ – the usual answer is its different now but when asked to say how they struggle.  In reality, it is simply because the trust has gone and the subconscious feeling that they ‘know best’.

It takes time for wounded parties to realise the harm they may be doing their child by restricting or preventing contact, but the scars it leaves for the children can be long-lasting – a feeling of fault and guilt is not unusual .

Time of course can heal but no parent when they are thinking rationally wants to harm their child and it is therefore important to remember although you may no longer love the other parent, the child is likely to. Driving those feelings underground will only cause damage. 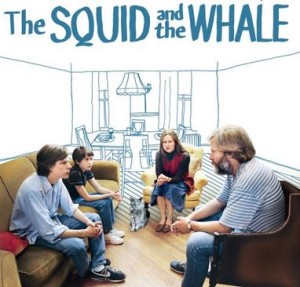 Independent comedy drama The Squid and the Whale was one of the surprise hits of 2005 and won prizes for writing and direction at the Sundance Film Festival.

It covers the divorce of a couple through the eyes of the couple’s two sons, who learn the hard way about how a marriage can fall apart.

In the film the boys’ father Bernard is a novelist whose career has gone into a slow decline while mother Joan has recently begun publishing her own work to widespread acclaim. Tensions between the two grow until one day the boys are told their parents are separating.

As the divorce becomes messier the pair start to feel pressured into siding with one parent or another, and ultimately end up joining opposing sides of the argument.

The film teaches a valuable lesson to parents considering separating, about how damaging it can be to make a child feel like they’re stuck in the middle of any debate.

Taking sides is something children should never feel pressurised to do .It is important to safeguard them from the fall out of the breakup. They may need to know it’s happened but do they need to know the minutiae. What they really need to hear is that you both love them and will put them first always. Show them compromises by you can be made to put them first – this will allow them to talk freely about the time they spend with the other parent – which hopefully will allay any fears of one parent trying to alienate the child from the other.

Be balanced in what you say – think first – how would this sound – is it critical of the other parent .If so can I get the message across in a fair and sensitive way.

If the child needs to talk – remember they are the child and you are the adult – conduct the conversation in a child focused way. Remember you may not need to be best friends with the other parent but they will always be part of your life whilst you share a child so find a way to work together.

When the child gets married ask yourself  do you really want the child to have to choose which parent can come to the wedding because that can be the outcome of the actions of parents on a breakdown of the relationship many years later. 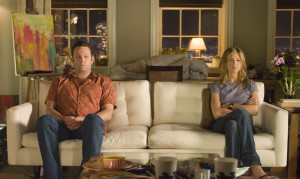 Jennifer Aniston, or Rachel from Friends as she’s more widely known, and Vince Vaughn, star in this comedy about a couple’s break up.

The movie sees the couple decide to split up early on, with each keen to retain possession of their jointly owned luxurious condo.

From the early stages of the film relations between the pair continue to deteriorate, often with hilarious results.

While the film is meant to be comedic light entertainment it also covers a serious issue – of how property can be split up at the end of a relationship.

As the recent Young case demonstrates, people can spend vast sums of money (£8,000,000 in Mrs Young’s case apparently) to try and settle financial arrangements after they separate. In addition to the financial cost, people can also waste a substantial amount of emotional energy in arguing over their possessions.

With courts more willing to give effect to pre or post nuptial agreements entered into willingly and with eyes wide open (reminiscent of  another film perhaps?) Rachel and Vince might have been wise to agree who was to keep the luxury condo before they moved in.