Could radical change in family law in Ireland lead way for others?

A new change in family law legislation in Ireland could be leading the way for other countries to follow suit in the future. 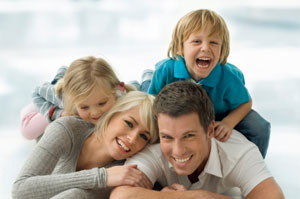 Exeter solicitors and those around the UK will be keeping a keen eye on developments after it was announced that Minister for Justice and Equality Alan Shatter had published draft legislation encompassing what one expert has described as the most radical reform of family and children’s law in Ireland in almost a century.

He claimed that the Children and Family Relationships Bill would clear the way for same-sex couples in civil partnerships to jointly adopt children.

He also said it would remove the current anomaly where single lesbian and gay individuals can adopt children, but civil partners cannot jointly adopt.

In a recent statement, Mr Shatter said the Bill, if it became law, would facilitate parents who are estranged or living apart, where possible, to retain a meaningful relationship with their child.

The measure puts forward the plan to make it easier for grandparents and relatives to sustain contact with a child involved in a relationship breakdown.

It would no longer be necessary, as currently happens, for a biological single parent to jointly adopt his or her own child after marriage, together with their marital partner, for this to happen.

On the matter of guardianship, it would allow a step-parent caring for a child on a daily basis, to consent to emergency medical treatment or sign a school note for example.