Family solicitors have been kept very busy over recent years with high profile celebrities tying the knot while including some outrageous prenuptial agreements into their matrimony.

We look at five of the most extreme prenuptials from the dizzy heights of the celebrity world. 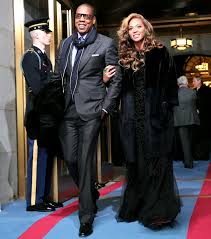 Raising a family when you are quite possibly the highest profile celebrity couple of the moment could present certain challenges, or be rather easy depending on the way you care to look at it. However, Beyoncé will rest assured in the know-how that for every child she bears with her husband, Jay-Z, she will receive a cool $5 million. And as if that wasn’t a plentiful enough agreement she would also inherit $1 million for every year that the couple was married if they happen to ever divorce. 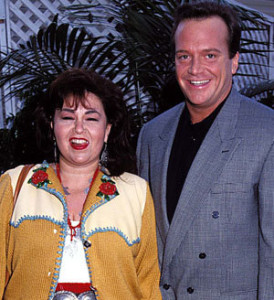 Barr and Arnold were so sure of their love for one another that they pursued a very trusting route and elected to have absolutely no prenuptial agreement whatsoever. Rosanne Barr took great exception to suggestions from her solicitors that they consider drawing up an agreement that she fired her team!

Alas, the marriage did not work out and Mr Arnold exited their matrimony with an extra $50 million in his bank account, courtesy of Miss Barr. 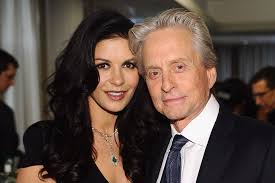 Catherine Zeta-Jones ensured that she made a very astute agreement with Mr Douglas prior to their marriage which stated that the actress would get an impressive $3 million for every year that they are married. However, Zeta-Jones wishes were not fulfilled with this agreement, she also had an additional $5 million bonus if Mr Douglas were to cheat on her.

Another couple who chose to forgo a prenuptial agreement, Paul McCartney and Heather Mills split 5 years into their marriage. Heather walked away with $35 million plus $70,000 a year in child support. 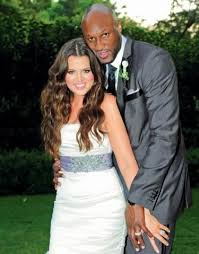 This is a prenuptial agreement that came into play recently and was widely reported across a variety of media publications given Miss Kardashian’s celebrity status on the back of a real-life TV Series based on her family. The prenup that Miss Kardashian signed into entitled her to $500,000 for every year the duo were married, their house, a brand new car at the end of every lease term, $6000 a month for shopping, not to mention the beauty upkeep and $25,000 a month for support.

On a more serious note

The prenuptial agreement is set to become a significant feature of settlements in English family law. A Law Commission report due for publication in 27th February 2014, is likely to endorse the growing trend for couples to bind each other to pre- and post-nuptial settlements.

A Prenuptial Agreement, carefully and thoughtfully prepared can save unhappiness and cost at a later stage for couples who know their own minds and want to regulate their affairs for the future. Typically, such agreements are of interest to those who have previously been married with assets and dependents from previous relationships for whom they wish to provide or for those with dynastic and family wealth to protect.

A Prenuptial Agreement has serious, far-reaching consequences for the parties to it. It represents an attempt to preclude the court from exercising discretion to divide a couple’s assets on divorce, a discretion which the courts have historically jealously protected. In order to be effective therefore, such an agreement must comply with certain conditions. The 2011 landmark case of Granatino v Radmacher gave definitive guidance which can be summarised as follows:

ii)                  There should be a full and frank disclosure of each party’s financial situation. This is not an absolute rule, but a material lack of disclosure, information or advice is likely to undermine the enforceability of the agreement.

iii)                Conduct such as duress, fraud, misrepresentation, undue pressure or exploitation of a dominant position to secure an unfair advantage will reduce or eliminate the weight to be attached to the agreement.

vi)                If the agreement leaves one spouse with most of a fortune which each played an equal role (in their different ways) to create this is unlikely to find favour with the court. So for example, if one partner looks after the family and home, leaving the other free to accumulate wealth, it is likely to be unfair if the agreement permits the breadwinner to retain all that he or she has earned.

vii)              An agreement which leaves one spouse in real need (i.e. less than the minimum required to avoid destitution), while the other enjoys a sufficiency or more this will be regarded as unfair. This can include events unforeseen at the time of the agreement such as illness incapacitating one party.

The principles which emerge are clear:

Instruct a solicitor to prepare the agreement in plenty of time – ideally months before marriage.

Think carefully about what is fair and what will be fair to each party in a variety of foreseeable circumstances.

Provide and request a full and frank disclosure to be appended to the agreement.

Ensure both parties are professionally advised prior to signing.

Each party should have space and time to consider their position and whether the agreement is right for them.