Stalking: How professional acquaintances can go too far 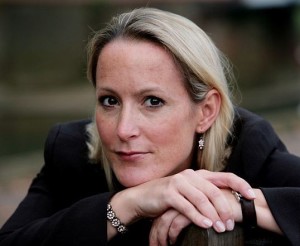 On 4th February 2015 The Daily Mail ran a story highlighting that even professionals, not in an intimate relationship, could be perceived to being stalked, in this case, by a former business partner.

Most police forces have adopted the use of the guide known as the DASH (2009) Risk Assessment or the CAADA DASH, for this purpose.

Laura Richards campaigned for a change in the law, the Protection from Harassment Act 1997 (“PHA”) was amended under the Domestic Violence, Crime and Victims Act 2004, to enable this to happen.  S.2A(3) of the PHA now allows for a prosecution for stalking but, unlike the definition for domestic abuse brought in by the same Act, there is no specific guidance on what stalking is.  The guidance that the Crown Prosecution Service work to when considering a charge relates to acts or omissions that someone knew or ought to have known which may amount to stalking.  Generally, the average person would probably accept this might include following a person, watching or spying on them or forcing a victim into contact including via social media.

The article highlights the difficulty with the current legislation,  after all one person’s attempt to resolve a difficulty, whether personal or professional, is another person’s interpretation of unwanted contact.  It is increasing made more complex when the views of friends, family and/or professional colleagues are drawn into the mix when trying to sift through what has actually happened. Our legal system, in seeking the truth, has to balance the evidence put before it and it is often difficult to gather the evidence to put before the court to prove what has happened to the required standard.  Evidence, as many victims of domestic abuse, stalking and “so called” honour based violence know, is often very difficult to provide as anyone trying to covertly have contact with their intended victim is often very manipulative and very adept at covering their tracks.

The research carried out by Laura Richards and her team at the Homicide Prevention Unit over a 10 year period demonstrates that if you are being subjected to behaviour which may fall within the guidance considered by the Crown Prosecution Service more than 3 times a week, the risk of homicide is significantly increased.  There have been significant high profile deaths as a result of stalking, most notably Clare Burnal in 2005 at the hands of Michael Pech.  This case highlighted many missed opportunity which the police and other organisations had to intervene, and they are working hard to ensure that such failings do not arise again.

Stalking is not just between individuals who have had an intimate relationship, you can be subjected to stalking behaviour even by someone you don’t know for reasons that you may not be able to understand.  It is important that you seek advice and guidance, either from your local support organisation for domestic abuse, the police or you can contact national helplines for further guidance and assistance on 0808 802 0300.  Please see our own website for more information on this subject together with details of national and local support services. You can also speak to our solicitors in Exeter and Plymouth by calling 01392 421777 or 01752 674999.